After having my second child soon after my first, watching the two of them develop is amazing.  It has almost become a bit of a hobby of mine since I spend most of my time watching people learn movement.  My oldest daughter is just two, fully mobile and recently took up dancing (which means spinning and jumping up and down).  My youngest is seven months and can just now sit on her own, learning simple tasks like playing with buttons and starting to crawl.

When I’m teaching new movement to someone in the gym I’m always struck by the fact that adults seem to think that they are going to learn things immediately.  Your neuromuscular system really doesn’t learn that way and frankly it never will.  When you’re younger you can learn things fairly quickly because more often than not your training is focused on skill development and performance.  When you’re an adult and in the gym you have often practiced movements maybe once (or not at all) before trying it.  Small wonder that you have a hard time right away.

My simple point is that babies take weeks and months to learn the simplest of skills.  Just because you have an adult brain doesn’t mean that your learning pattern is going to be any easier, in fact it is often harder because you have less time to practice.  My daughter can practice sitting and crawling for hours a day.  You have maybe three to four sets of something two or three times a week to practice a movement, which totals about 6 minutes worth of work if you’re lucky.  Even high level athletes have often been practicing their sport or craft for thousands of hours before they become proficient.

Many people who are into fitness are perfectionists.  Taking the time and age factor into consideration, it can take weeks if not months to learn a new movement.  Give yourself a break if you can’t get something right away, practice it under less load or less range or less speed and give your nervous system a chance to learn it.  This takes time.  And repetition.  Two of the cornerstones of proper movement.

Remember, you need to learn how to crawl before you walk. 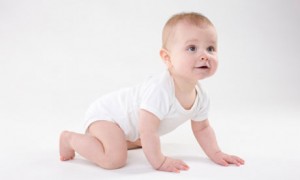 Centre for Strength and Athlete Development