Ah, spring.  Here in my city of Ottawa we received over 3 meters of snow (that’s 9 feet!) through the winter this year.  Only the most dedicated (or crazy depending on your interpretation) runners were outside in that!

Inevitably what I see every year is a bunch of people who hung up their running shoes when the snow started flying 5 months ago.  Yes, you may have done some short treadmill running during the winter, but odds are that most of you got in about half of the volume you’re normally used to (or less) over that time.  This means that flying right back into a normal schedule when it gets nice outside can be a recipe for disaster.

My business always sees an influx of knee, hip and ankle related issues around May.  Usually because people decided they could go right back to what they were doing five months ago.  And they shouldn’t. 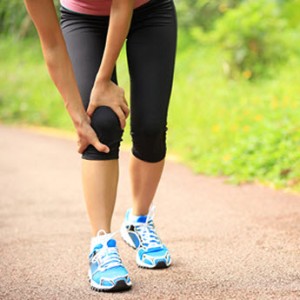 Want to avoid that?  Here’s some simple tips for getting back into spring for experienced AND new runners:

When you run, the main difference from walking is that your body has both feet leaving the ground for a split second (or jumping).  This changes the forces involved from mostly vaulting over stiff knees (walking) to absorbing and stabilizing with a bent knee (running).  Walking forgives things like bad stability much more than running and gives the muscles a much needed break when someone may not have optimal form (as most new runners don’t).

Running requires muscles to absorb and stabilize loads repeatedly.  Just for some perspective, if you’re running a 5k and take 35 minutes, and your gait is 72 foot strikes per minute, that’s over 2500 repetitions each leg and it’s corresponding several dozen muscles has to absorb and control each of them.

As with any exercise, progression is important and adapting to load is as well.  Therefore, one minute of fast walking and then one minute of running is a good start.  You can then build up the time running once you have accomplished step two, which is:

New/Returning Runners: Focus on form at the beginning, not speed or time.

If you’re new or getting back into form, then you may want to work on HOW you are striking the ground at the beginning.  Running should be much more of a forefoot/midfoot strike with a rebound, rather than heel striking.  Are your feet relatively aligned to your hips and knees?  Do your ankles have proper support and balance laterally (side to side?).  Do you have the right shoes, or do you need new ones?  These are all questions to ask yourself when spring hits.

Many times, back when I worked at the Running Room I saw new runners pick up very low stability cushioning shoes and had to caution them away, because at the start you need that extra support until your muscles acclimatize to the forces involved.  And don’t be afraid to spend the money!  (PROTIP:  Find the shoes that work then look online for last years’ model – often they are half price for the exact same thing). 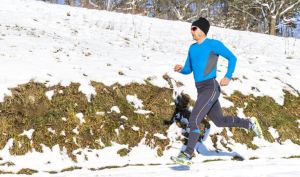 Returning Runners:  Figure out your weekly mileage goal – then reduce it by 20% to start off.

Often I see experienced runners who have been doing 20km a week during the winter suddenly head outside and start back doing 30-40km per week right away.  Gradual progression is necessary.  If you hadn’t benched more than 150 pounds for several months and then loaded 300 pounds on a bar, your body would not be happy.  Running carries the same necessary progression.

Whatever your goal is (marathon, half, etc.) go to the target weekly mileage and work BACKWARDS.  Then, when you hit the first 2-4 weeks reduce it even more and ease into the mileage.  Risk of overuse injury drops greatly as a result.  You can find good progression programs online just about anywhere – use them.

Another big thing I see is far too lofty ambitions too fast.  New runners have a progression – finish a 5k.  Then maybe shoot up to 10k first season.  Next year maybe a ½ marathon is possible if you do it right.  Oh, but my friend did their first half marathon in less than six months of training!  Yes, and now they have tape all over their legs and a standing appointment with a physio.

Experienced runners, you think it’s a good idea to run a ½ marathon in 12 weeks of training just because you did one last year?  Nope.  Be realistic with your intentions and check your ego.  Otherwise you’re on the fast track to getting hurt.  Probably again because you did the same thing last year.  If you don’t have time to train properly, adjust what event you’re doing or lower your time goal/mileage.

If someone comes to me and wants to run a marathon, I’m all for it.  But if you’re new to running you need two years of progressed training to do it properly.  That’s a simple fact and you can ignore the laws of progression all you want, but you will pay for it in the end.

Now, those of you who have been diligent over the winter on the treadmill, these guidelines may not apply.  What I usually tell people when starting to run outside again if they have been inside all winter is to cut back slightly and watch your pace, because this tends to increase when not on a treadmill, plus the added factors of slight inclines and declines can make a difference.  Otherwise have at it and continue your program.

If you want any more information or just want to ask a question you can reach me at strengthrehabottawa@gmail.com or through Facebook or Instagram any time.  Hope you have a fantastic spring – if it ever arrives!